Does your organisation need a Data Protection Officer?

The forthcoming EU General Data Protection Regulation (GDPR) will mandate certain organisations to designate a Data Protection Officer (DPO) - a ‘go-to’ person who will have responsibility for data protection-related compliance. The Regulation is not very specific on the qualifications which a candidate must possess in order to be considered for the DPO role. However, Article 37 does require that the DPO is appointed “on the basis of professional qualities and, in particular, expert knowledge of data protection law and practices” as well as the ability to fulfil the following tasks:

Importantly, the GDPR does not expect every organisation to have a DPO. However, there will be such a requirement when:

The exact size or scale of the above-mentioned processing activities is not specified by the GDPR – there is no specific cut-off point above which a business/public body must have a DPO. Nonetheless, as with other regulatory requirements, organisations will be advised to err on the side of caution rather than face sanctions for breaking the new law. For the first time, a uniform set of administrative fines will be in place which will be triggered when an organisation is found guilty of a data breach. Under Article 58 of the GDPR, the Office of the Data Protection Commissioner, for example, will be able to fine Irish companies who are found guilty of a data breach, regardless of whether it is deliberate or accidental. The Commissioner's Office will be in charge of imposing fines on corporations which have their European headquarters in Ireland (such as Facebook, Apple, LinkedIn, Twitter and PayPal) to the tune of a maximum of €20 million, or 4% of their total worldwide annual turnover of the preceding financial year (whichever is higher) in the event of such a breach.

It must also be noted that there is an equal obligation for data processors to appoint a DPO, just as there is for data controllers to do so. The GDPR sets out detailed requirements for data processors who will now be held solely responsible for their processing activities. The current EU legislation, which dates from 1995, does not apply to data processors. Moreover, a single DPO may represent multiple organisations and does not have to actually be a member of staff - several organisations could therefore collectively appoint one DPO to represent their combined interests. Finally, it should be mentioned that the DPO will often carry out other tasks and duties. For example, the role of DPO might be added to the list of responsibilities of a manager or director of a company.

At present, research shows that expected compliance is not presently matched by awareness levels and that, conservatively, up to 28,000 DPOs will need to be appointed across the EU before the GDPR becomes law. However, as there is a two-year run-in period until the Regulation comes into effect, there remains plenty of time for organisations to ‘get their house in order’ and to designate and adequately prepare their DPO for the responsibilities expected of the role. 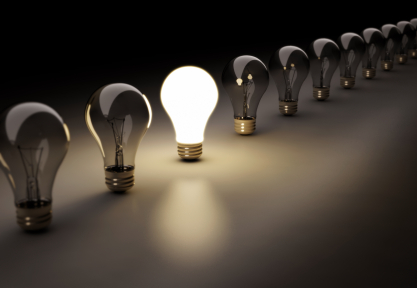